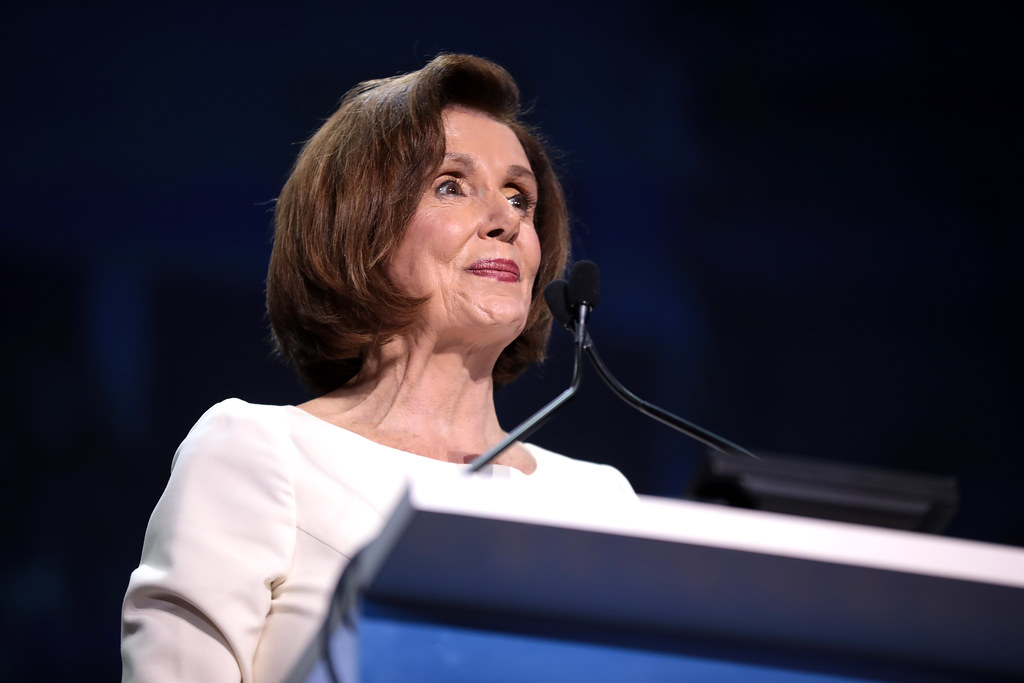 Nancy Pelosi by Gage Skidmore is licensed under CC BY-SA 2.0

Mark Levin addresses major concerns about the state of the country and the corrupt Jan. 6 committee. "Nancy Pelosi chose politics over protecting the Capitol building," he stated on his program "Life, Liberty & Levin", on Sunday.

He claimed that the entire committee was nothing more than a farce Pelosi used to hurt Trump's political future. The investigation has many holes, one of which is the only committee members of "Never Trumpers".

The committee is also neglecting to address the fact that she was a vital part of the tragic event of Jan. 6's occurrence, and yet she still sits on the committee while the remaining members do her bidding.

Levin explains why the Jan. 6 committee is a problem, "You can see that the propaganda, Democrat Party media, the propagandists at the White House, the propagandists that control Congress want to turn Jan. 6 into some kind of an event — an event to use against conservatives, against Donald Trump, against anyone who disagrees with them."

Levin added that Pelosi turned down the National Guard support Trump offered for any possible violence. She openly rejected such support. It was Pelosi's job at the time to protect the Capitol, not Trump's. So, why didn't she do everything she could?

No stranger to protesting violence, Trump had called upon the National Guard multiple times during his presidency to keep the peace. Leven asks, "Why did [Pelosi] reject President Trump's offer of 10,000 to 20,000 National Guardsmen? That's all the president can do. There's a separation of powers."

Pelosi and other Dems openly scorned Trump for his actions calling the service members "stormtroopers".

Levin argues that backed into a corner, Pelosi could not accept the National Guard support without looking bad 'politically', which she refused to do. Instead, she left the Capitol unprotected against possible riots during the presidential election protest.