It's Not A Coincidence: Inflation Is An Attack On Red States 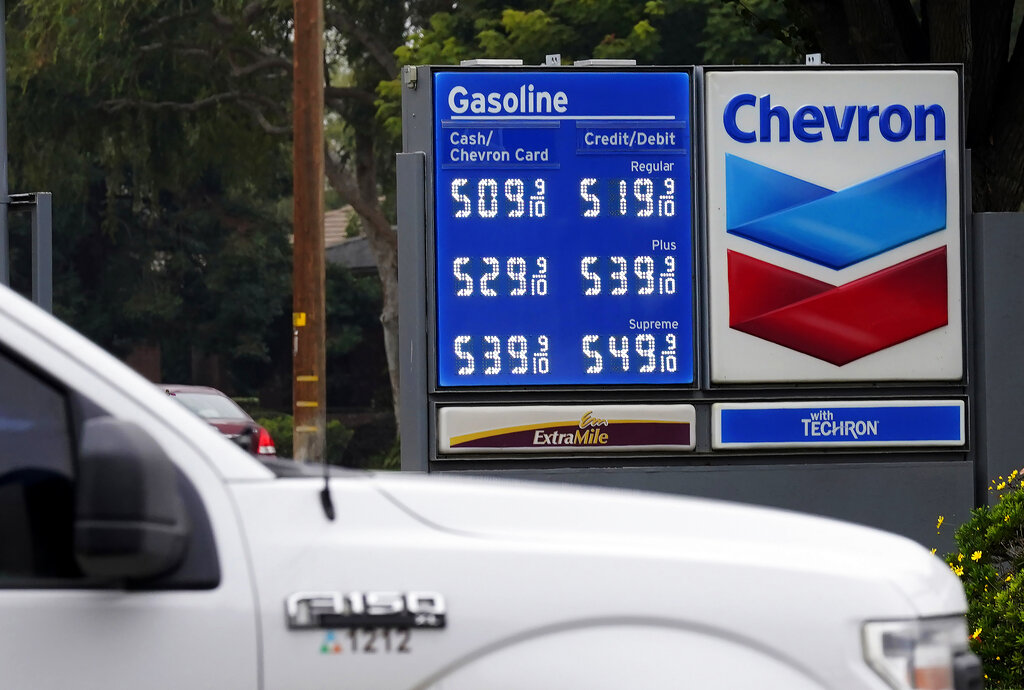 It’s no secret; prices are going up across the board. From household goods such as milk, to housing costs, to gasoline and heating prices, the cost of being alive in America has recently skyrocketed. Year-over-year prices jumped a whopping 6.2% when calculated this October.

The biggest cause for price increases is the excess in stimulus funds doled out by various federal and state agencies. As states struggled under the collective strain of COVID, the primary focus for many Democratic politicians seemed to be placing the blame squarely at the feet of President Trump.

At times it appeared many were gladly cutting off their own noses to spite the face, and even with the election of their candidate, the Democratic party continued to press for more payments, more government spending, and less concern for the natural laws of market economics that has inevitably resulted in the crows coming home to roost.

In instances such as this, it’s abundantly clear to the average voter that serious economic issues are unfolding. Yet the powers that be seem to paint an ever-rosier picture, willfully ignorant of the reality their constituents are crying out about. It beckons the question, who’s taking the brunt of this economic uppercut?

The answer to that question will likely come as no surprise; traditionally-red states are seeing notably higher inflation rates than states in the Northeast, West Coast, and those surrounding the Great Lakes.

I’m not saying that traditionally Democratic-voting states aren’t getting hit by inflation at all; just that the level of their suffering pales in comparison to the South and Midwest.

The infographic below clarifies why so many Republicans are so adamantly against yet more stimulus and reckless spending requested by Biden and his Democratic lackeys in the Senate.

It seems as if by magic, states that generally have a Democratic majority of voters have dodged the worst impact of inflationary issues. This likely has to do with both coasts, particularly areas surrounding L.A. and Newark/New York City ports, have had the blow of supply chain issues softened that are ravaging the economy further inland.

There’s also the simple fact that states with lower income per capita, all traditionally red states, are hit harder by increased prices at the pump, the grocery store, and even at home when it comes time to make rent or mortgage payments.

Ohio Rep. Jim Jordan noted that rising prices resulting from inflation is simply a hidden tax and that stimulus payments Biden has toted are offset by the increased costs of living resulting from them.

Even longtime Democratic economist and former Treasury Secretary Larry Summers noted back in February of this year, “there is a chance that macroeconomic stimulus on a scale closer to World War II levels than normal recession levels will set off inflationary pressures of a kind we have not seen in a generation, with consequences for the value of the dollar and financial stability.

Summers continued, “This will be manageable if monetary and fiscal policy can be rapidly adjusted to address the problem. But given the commitments the Fed has made, administration officials’ dismissal of even the possibility of inflation, and the difficulties in mobilizing congressional support for tax increases or spending cuts, there is the risk of inflation expectations rising sharply.”

Oops. I guess the Democrats should have listened to the guy they once entrusted with the most important fiscal office in the federal government.

During these past years, free-market economics have gone out the window in favor of a welfare state that’s told everyone it was their right to be paid not to work and promised business owners help was on the way. For many, that help was too little too late.

This is not to say that every action taken during the Trump administration was wonderful for the economy, and all suffering has come solely as a result of legislation passed under the Biden administration, which would simply be counterfactual.

It is factual that, while acknowledging there would be deaths, Trump had been pushing to restart the American economy as early as May 2020. In contrast, the Biden administration has pushed for bill after bill of stimulus as though the US Senate could print and spend money faster than the natural laws of economics would put these misguided policies in their place.

At the very top of the list of those culpable for the suffering Americans are currently experiencing is the Federal Reserve System itself. Since the beginning of the COVID pandemic, the Fed has been purchasing a whopping $120 billion worth of bonds (a mixture of treasury notes and mortgage-backed securities) each month.

While this policy intended to prevent a slowdown or halt in liquidity for everyone from Joe Taxpayer to the largest financial institutions in our nation (yes, they too borrow from each other daily), it has also inevitably resulted in soaring inflation not been seen since 1990.

The recent announcement by Fed Chairman Jerome Powell that the central bank would begin tapering back its bond-buying program will certainly help. Still, Powell was tepid in this announcement and hedged it by stating that the Fed would only continue to taper this stimulus program so long as the economy showed continued, healthy growth. Powell also noted that interest rates would not be raised until the tapering process has been completed, something that’s currently predicted to happen in mid-2022.

With consumers increasingly wondering how they’re going to pay for everyday goods needed to survive, it remains to be seen how on earth the Fed and the democrats who support ever more spending expect the economy to continue recovering. It’s simple mathematics, if people can’t afford the increasing prices of goods, they can’t buy them, and the economy will sink back into recession and potentially even depression.

Beyond all else, stop playing dumb as to why Republicans don’t want to vote for bills that are causing the current problems.