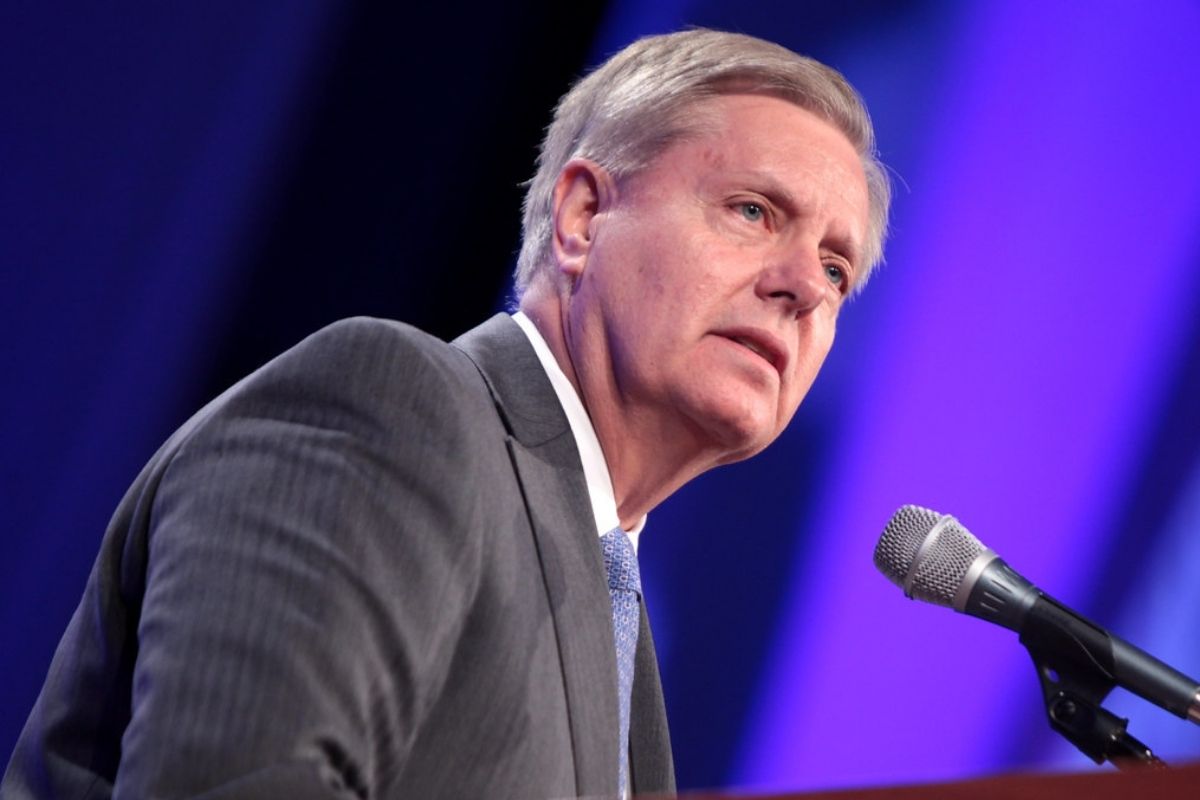 "Lindsey Graham" by Gage Skidmore is licensed under CC BY-SA 2.0

Thursday Morning, during President Biden and VP Harris's speech condemning the January 6 riots, Republican South Carolina Senator Lindsey Graham slammed the administration for politicizing a tragic moment in American History, calling it a pathetic attempt to increase approval ratings in the wake of their failures.

"What brazen politicization of January 6 by President Biden," Graham tweeted.

He continued, "I still cannot believe a mob was able to take over the United States Capitol during such a pivotal moment – certifying a presidential election. It would have been so easy for terrorists to bootstrap onto this protest and wreak even further destruction on the U.S. Capitol."

Gram then compares the lack of control in the Capitol to the terrorist attack of 9/11, calling out politicians for their inability to keep the country safe.

Graham called for continuing prosecution of the attackers on January 6.

He added that the government should equally pursue people responsible for other violent attacks throughout the country.

"President Biden and Vice President Harris's speeches today were an effort to resurrect a failed presidency more than marking the anniversary of a dark day in American history," Graham continued.

Graham then blasted the President and his VP for using the January 6 riots as an attempt to condemn Republicans and push their voting laws through the Senate.

Graham concluded, "The Biden Presidency, one year after January 6, is in free fall not because of the attack on our Capitol, but because of failed policies and weak leadership."

'Woke' Progressives Not Conservatives Responsible for Current State of the Nation

It's a Colossal Failure! Senator Barrasso Burns Dems for Inflation and Covid